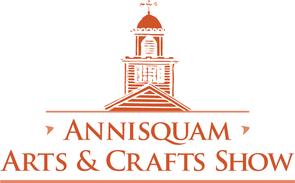 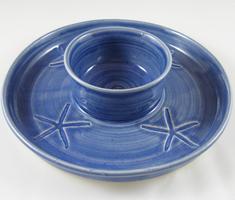 BIO:  Surrounded by art growing up in Concord, MA, my mother painted with oils and her sister, who lived with us, did Tole painting. My first experience with clay was as a student at Concord Academy in a sculpture class.

I took many art classes at the University of Maine, but graduated as a Math major and started my career as a computer programmer for the College of William and Mary in Williamsburg, VA, in 1966 (the era of punch cards) where my husband was a graduate student in Marine Science. His Army commitment next took us to Baltimore where Ft. Holabird had a crafts shop with a potter’s wheel. My first pottery class using the wheel was at Towson State College and I then spent two years studying hand building and wheel throwing under potter Olin Russum at The Baltimore Museum of Art.

After moving to Columbia, MD, in 1971, I studied with master potter Richard Lafean at the Columbia Visual Arts Center and earned an MFA in Ceramics through Antioch College with Richard as my major professor. My thesis “The Use of Fired Clay Forms in the Process of Relief Printmaking Without a Press” (1979) combined my love for block printing learned from Harry Greaver at UMaine and my love for the clay process. I printed my “clayprints” on rice paper from carved and fired clay slabs, hand built and wheel thrown objects, and tried different clays, made and tested different tools, and tried different processes – glazed, unglazed – to find which produced the best print.

We moved to Gloucester just before the blizzard of ’78 and I have been potting in this beautiful area ever since.  Potters change and evolve and most of my work now is functional and can be used on a daily basis.  I use clay as an ever changing palette: I might draw on it, carve it, make impressions on it, paddle it, alter its round wheel thrown shape or let it be and simply add a beautiful glaze.